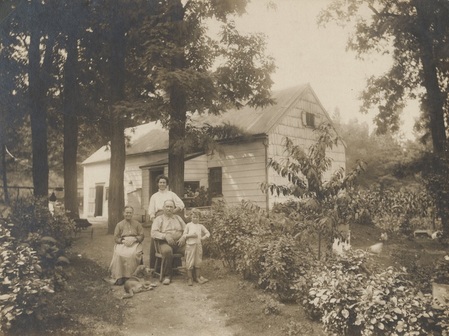 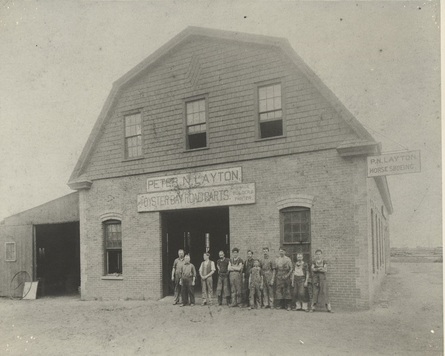 Peter N. Layton built a special type of light carriage called a road cart in his shop on Bay Avenue. He also built auto bodies for cars and trucks, including several early fire engines for Oyster Bay's fire companies. The building is still extant, though greatly altered; a fire in 1929 gutted the second floor. 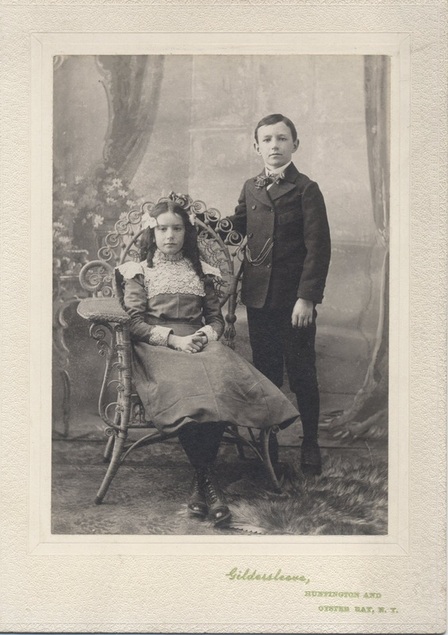 Anna (b 1889) and Thomas Waverly Wright (1888-1918) were the children of Joseph Warren Wright and Mary (Smith) White of Oyster Bay. Waverly was an active member of Oyster Bay Fire Company No. 1 and appears in many of the Society's photographs of World War I-era parades. Anna married John Doughty of Brooklyn in 1914 and had a son, Benjamin George, in 1917.

The Oyster Bay Wrights trace their roots to Peter Wright, one of the Town's original settlers and purchasers of the Town Spot. 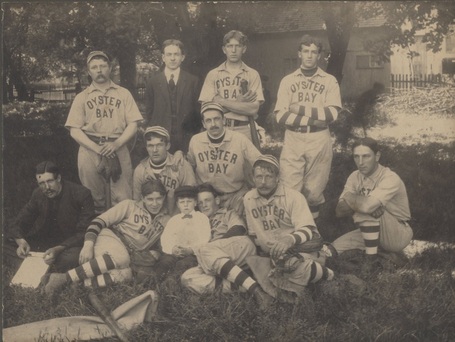 The Oyster Bay Nine travelled to Stamford, CT, Canarsie (Brooklyn) and West Farms (the Bronx) to play games. Home field was the Cow Lot at West Main and Spring Streets. 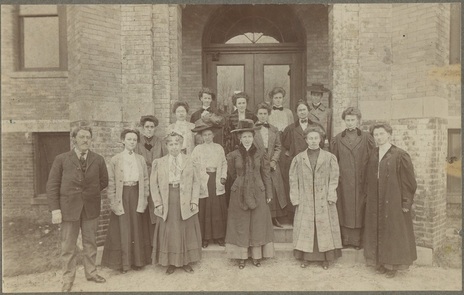 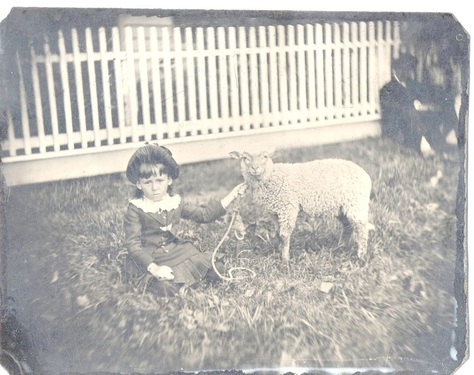 This photograph may have been taken at the Seeley-Wright House on West Main Street opposite Raynham Hall. The child remains unidentified but may be one of the Seeley children 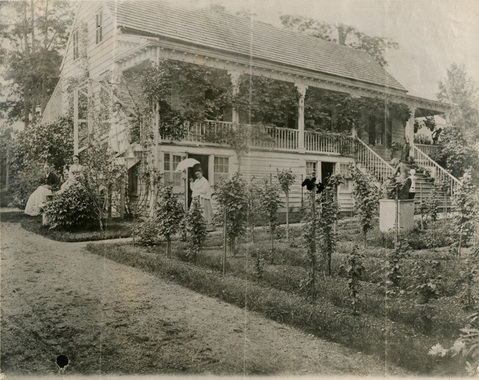 When longtime owner Madame Jacques Alger died in 1925, her house was believed to be 130 years old. At one time the house was reportedly a feed and grain store, and in fact the steamboat docks were conveniently close by. 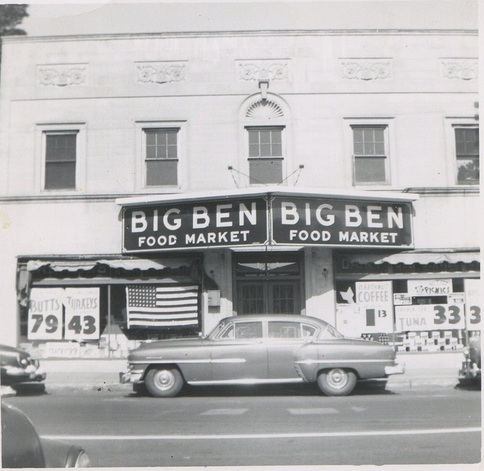 This building opened in 1924 as an Oddfellows Temple, before overcrowding in the Oyster Bay School District led to the leasing of classroom space on the ground floor. Later, a rollerskating rink operated here, before the market opened in 1937. The building was eventually sold to Oyster Bay Fire Company No. 1 when the 1895 firehouse was ruled to be beyond repair. When Company No. 1 expanded their parking lot to the south, the Earle-Wightman House, then on South Street, was moved to 20 Summit Street, the site of the 1895 firehouse, which had burned down. 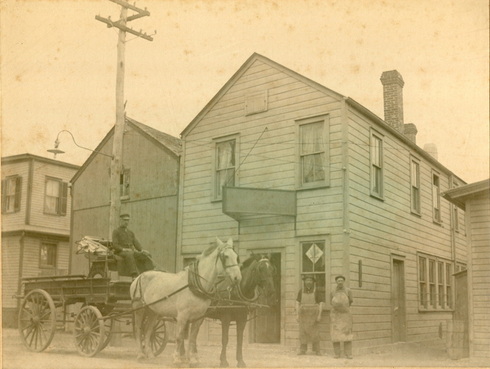 Water from artesian wells in the Battery section of Oyster Bay (at the end of South Street) was pumped to this company's building and shipped on barges to New York City and beyond. Local deliveries were made by wagon